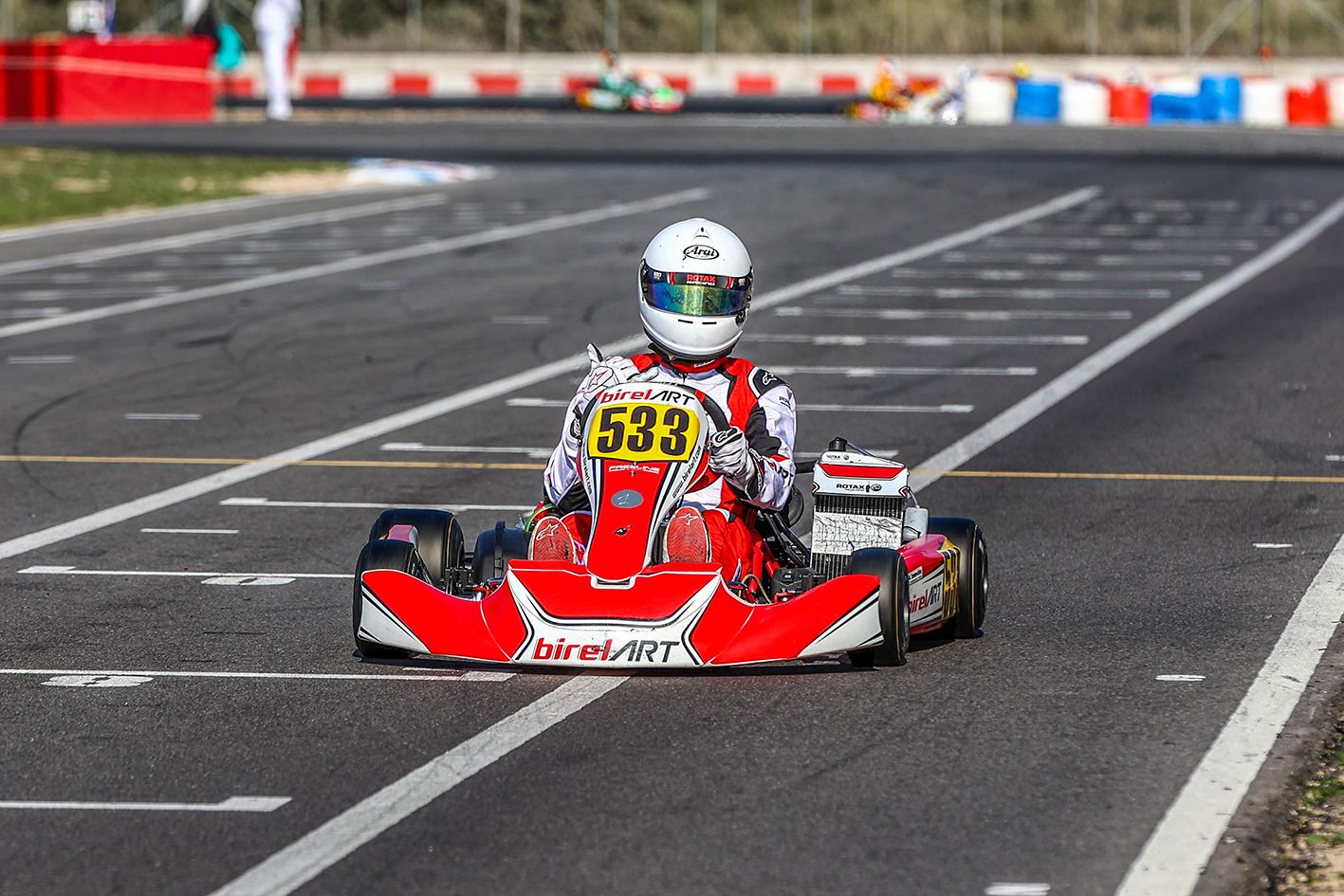 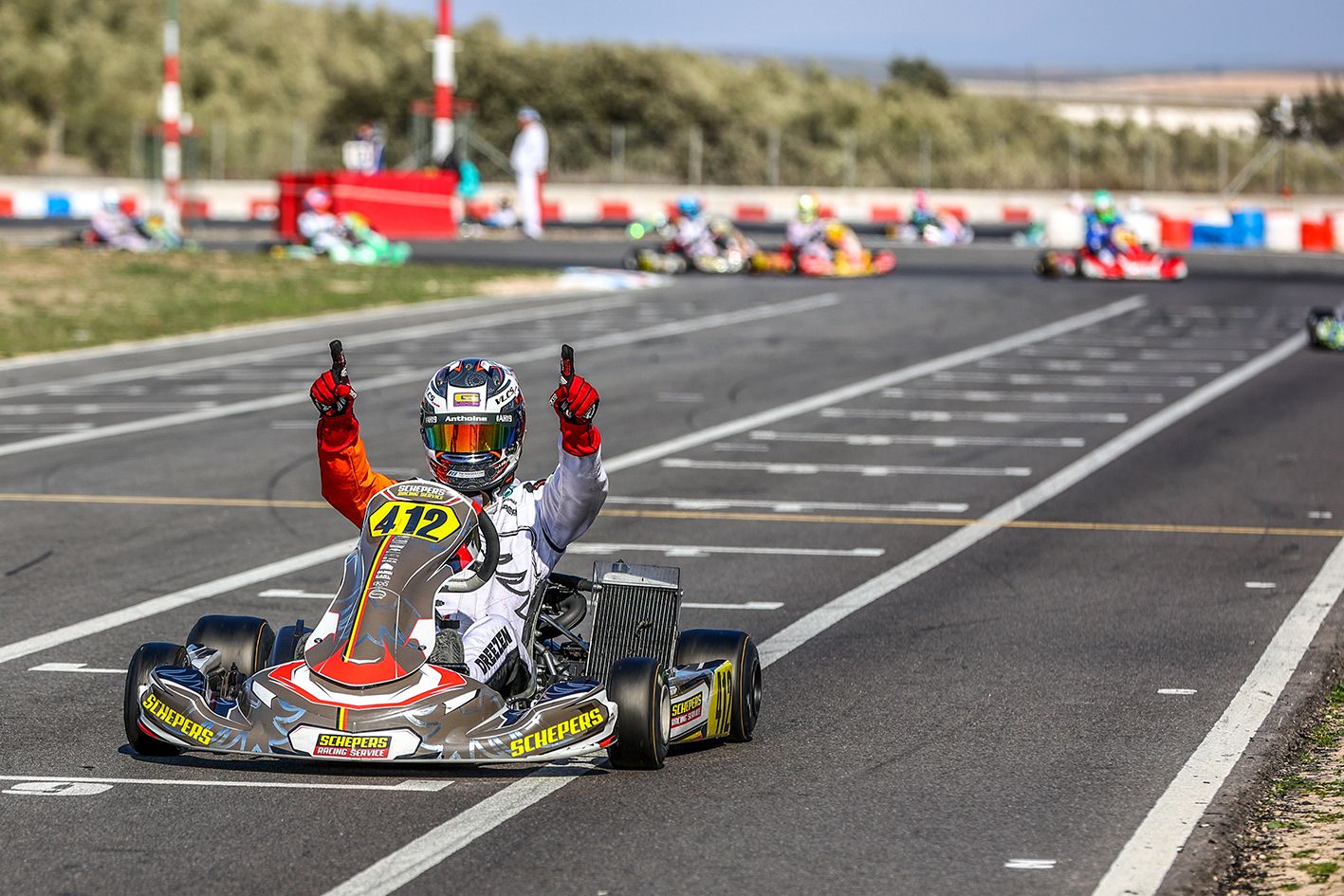 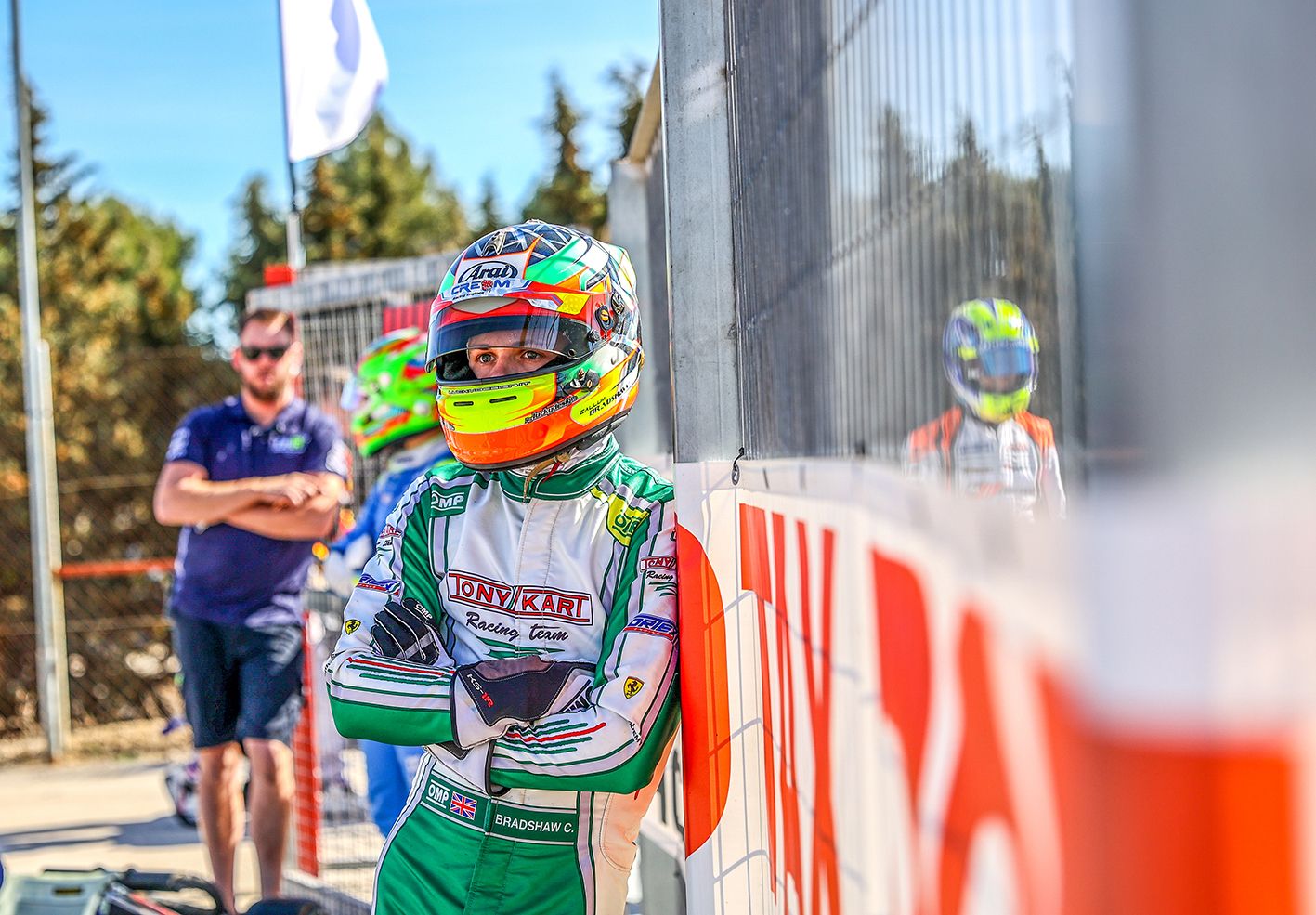 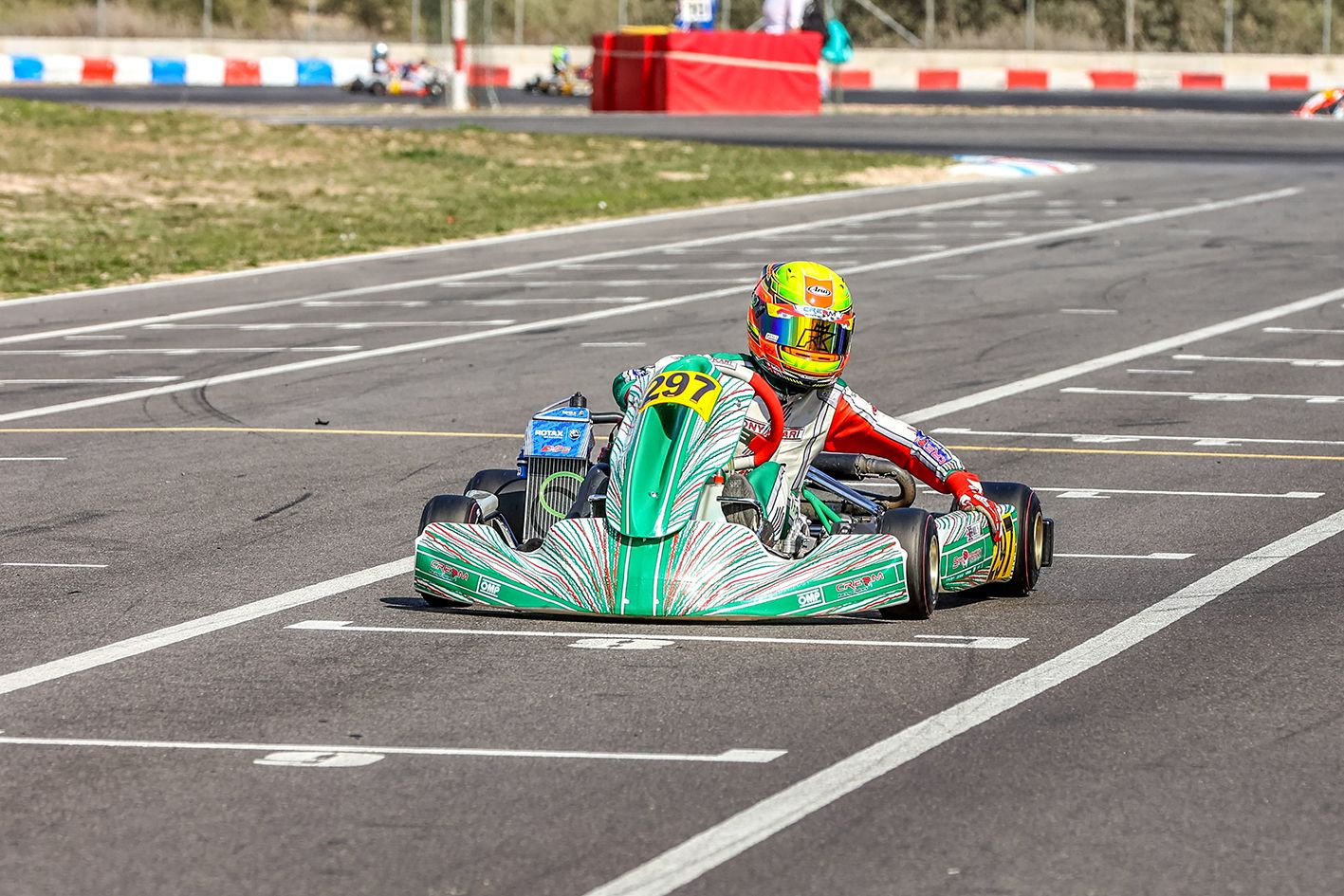 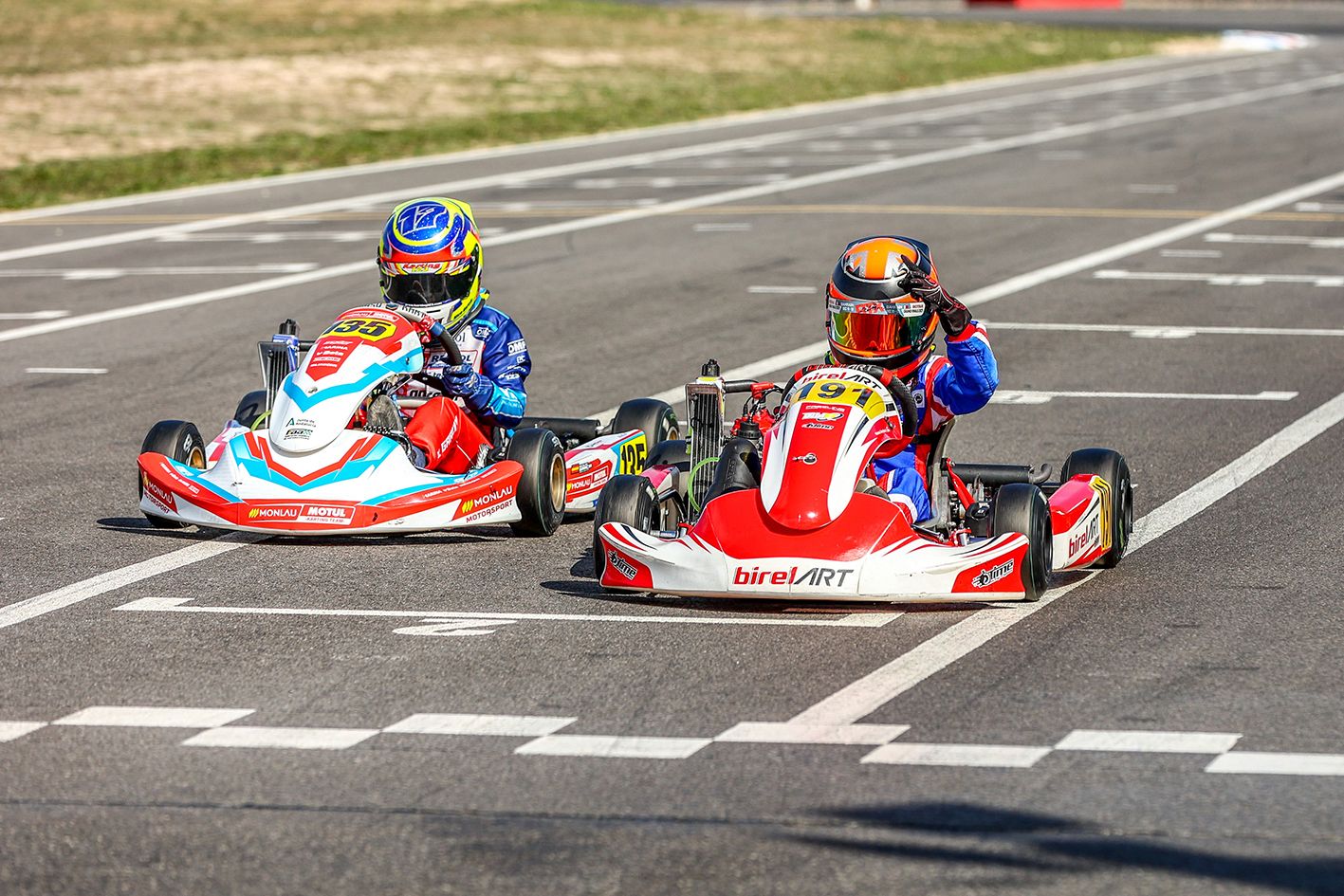 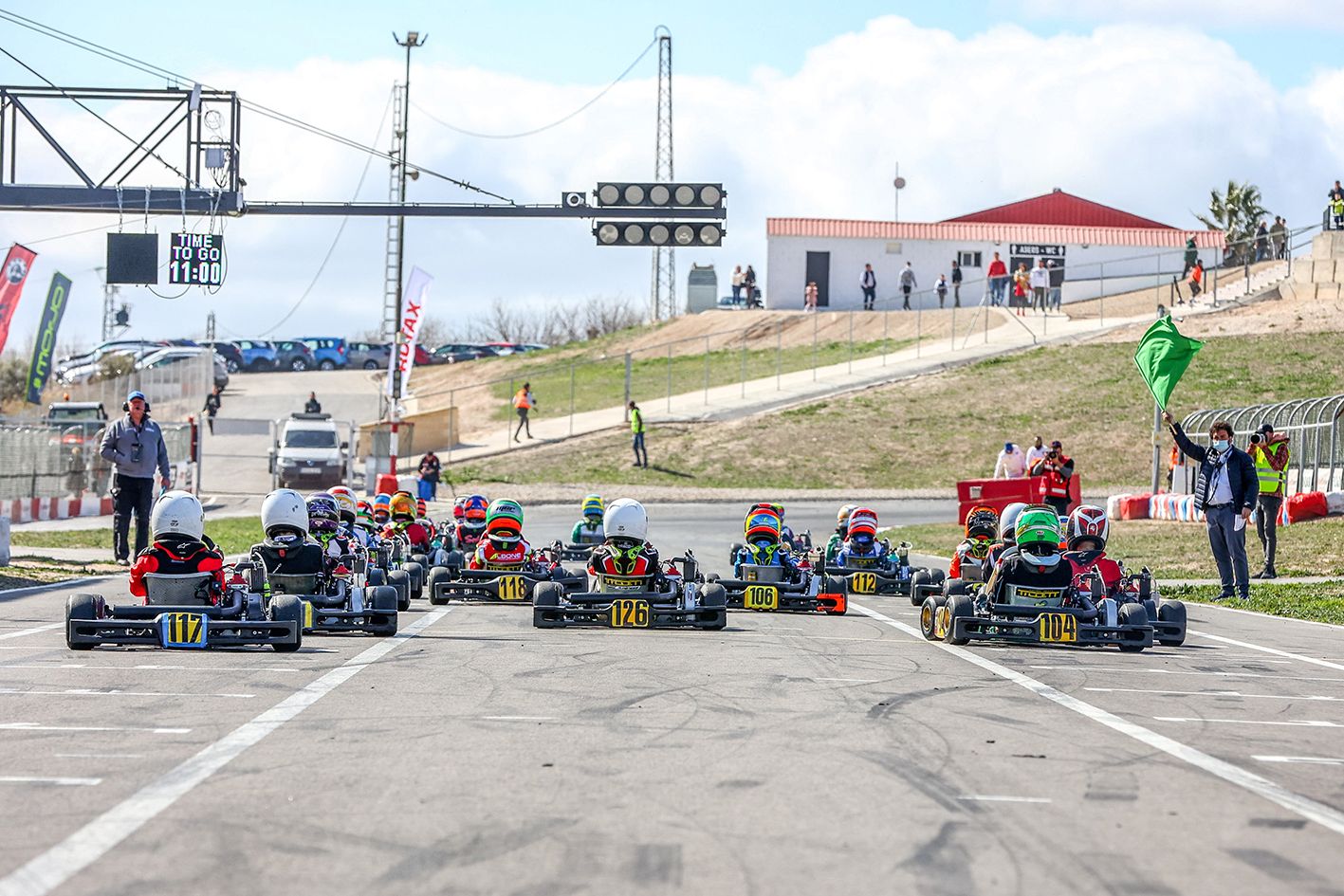 Mini MAX
on their way

Exciting races at the RMCET Winter Cup in Campillos

Campillos, February 22nd 2022 – Last weekend in Campillos, Spain, it was all about karting! The Rotax MAX Challenge Euro Trophy Winter Cup marks the start of the international racing season of the renowned single-brand racing series. 156 drivers competed at the Circuito Karting Campillos and presented top class racing at the start of the year.

Under the Andalusian sun, the RMC Euro Trophy Winter Cup heralded the year 2022 and offered the participants the opportunity for a first international showdown before the official start of the Rotax MAX Challenge Euro Trophy. For three days, competitors from more than 20 countries fought some exciting and heated battles on the 1,588-meter-long track not far from Malaga – where the winners could look forward to great prizes that included race entries to the RMCET series and RMC International Trophy at Le Mans.

Mini MAX: Albert Friend keeps his nerve until the end

Pole position in the Mini category went to local hero Nicolas Garcia Diaz (Monlau Competicion). The Spanish driver asserted himself at the top of the standings with his fast lap at the beginning, but had to give way to Albert Friend (Dan Holland Racing) after the heats. The young British driver won all three heats and snatched first place on the grid for the pre-final.

Friend also maintained his opening performance in the first race. Right from the start, the youngster set the pace and consistently placed himself at the front. The DHR protégé extended his lead and celebrated a sovereign victory in the end. Behind him, pole-setter Garcia Diaz and Boaz Maximov (Bouvin Power) fought for second place in a thrilling duel. Maximov ultimately succeeded when he passed his opponent halfway through the race and was in front at the finish. Fourth went to Max Cuthbert (Dan Holland Racing) ahead of Nikita Nikishov (C.D ALC Motorsport) in fifth place.

The finale was hard to beat in terms of excitement. Friend won the start and led the field. Garcia Diaz remained in the slipstream of the leader and put the British driver under pressure. In the second to last lap, the Spanish driver even passed him. But at the last moment, Friend took back the top position and celebrated victory in the photo finish. Behind second-placed Diaz, Maximov fought his way back up to third place after initial scuffles, ending the weekend ahead of Nikishov and Marcell Zsebo (KMS Europe).

Scott Marsh (Dan Holland Racing) had a tailor-made debut in Juniors. The English driver set the fastest lap time in qualifying and was not deterred in the heats. A preliminary victory was enough for the young driver for pole position in the intermediate ranking.

However, the start to the pre-final was turbulent. Marsh led the field, but fell back in the first laps after some tough racing. From then on, Ethan Jeff-Hall (Strawberry Racing) retained the leading position flawlessly. Lap after lap, the Tony Kart driver extended his lead and took a very satisfying win – but a time penalty threw him back to fourth in the results. Aaron Krepcsik (KMS Europe) moved up to first place. Vic Stevens (Daems Racing Team) finished second ahead of Marsh, who returned to the top three with the best time in the race and Austin Lee (JJ Racing) completed the first five.

Krepcsik knew how to implement his good starting position in the final. The Hungarian driver set the pace after the start of the race and initially managed to separate himself from the chasing field. As the race distance increased, however, Jeff-Hall and Marsh caught up. In the second to last lap, Jeff-Hall made the decisive manoeuvre and took the lead to get the deserved victory. Marsh tangled with Krepcsik shortly before the finish, dropping him back to sixth. Krepcsik therefore crossed the line safely in second place ahead of Stevens and Vinnie Phillips (Strawberry Racing). Fifth in the final was Leon Zelenko (JJ Racing).

The qualifying in the Seniors was also in British hands on Friday afternoon. Kai Hunter (Dan Holland) posted the fastest laptime, but was replaced at the top of the table after the heats. David Aulejtner (Strawberry Racing) showed a strong performance as one of the youngest drivers in the field and took first place on the grid for the pre-final with two preliminary victories.

Aulejtner held the lead from the start of the pre-final. However, Sean Butcher (KR Sport) made his move in the next lap to be at the front. Close behind, Callum Bradshaw (Strawberry Racing) created a lot of pressure. The reigning champion of the RMC Euro Trophy fought his way up to first place and gave his competition no hope of passing him before the checkered flag. Butcher finished second with a safe distance ahead of Aulejtner in third place. Fourth was Archie Walker (KR Sport), followed by senior rookie Kai Rillaerts (JJ Racing).

The start to the final was more chaotic: Even before the first corner, there was a collision between Aulejtner and Walker that sent them further back in the field. Bradshaw, on the other hand, stayed out of trouble and led confidently from the first lap. Over the race distance of 15 laps, the English driver convinced with impressive speed and took the victory. Butcher assumed the chasing role and crossed the finish line in front of Miska Kaskinen (Dan Holland Racing). Belgium’s Rillaerts was fourth, followed by Kai Hunter (Dan Holland Racing) in fifth.

Rotax DD2: Martijn van Leeuwen not to be beaten

Martijn van Leeuwen (Schepers Racing) made his intentions clear in the DD2. In the fastest category of the weekend, the Dutch driver was the measure of all things at the beginning of the event. Both in qualifying and in the heats, there was no way around the KR Kart driver.

The pre-final then also began in the spirit of van Leeuwen. From the start, the veteran drove one perfect lap after the other and built an ever-larger gap between himself and his pursuers. Up until the checkered flag fell, no one could match the Dutch driver. Patriks Noels Locmelis (MRG Racing) consistently ranked second ahead of Ragnar Veerus (BirelART Baltics) while Maxim Dirickx (Schepers Racing) moved up from seventh to fourth. The duel for fifth place was particularly exciting; in some cases, almost ten drivers were racing bumper-to-bumper, all vying for their chance. Rhys Hunter (Dan Holland Racing) defended his position to the checkered flag to take P5.

Van Leeuwen delivered a remarkable performance in the final as well and continued to dominate once more from the start of the race. Hunter positioned himself in second place as a direct pursuer. Van Leeuwen also defied two slow phases, in which the lead over his opponents was shortened again and again. In the end, the reigning Rotax MAX Challenge Grand Finals champion strengthened his position and celebrated a terrific victory. Hunter crossed the finish line in second followed by Veerus, who defended third place from Dirickx and Ville Viiliaeinen (RS Competition).

Rudy Champion had a firm grip on the DD2 Masters’ title. In qualifying, in the heats and in the pre-final, the French driver was the benchmark in his class. The first race was won by the experienced kart driver with a respectable lead over his fellow countrymen Jonathan Wemaux and Bruno dos Santos. However, a time penalty was imposed on Champion after the race that made Wemaux the new winner ahead of Dos Santos. Martynas Tankevicius turned up the heat at the halfway point to finish third with the fastest lap time ahead of Christophe Adams and Priit Sei (TGT Racing).

Tankevicius demonstrated his good speed in the final too. Shortly after the start, the racing driver from Lithuania took the lead and extended it more lap by lap. With a gap of almost five seconds to his nearest rival Wemaux, he enjoyed a well-earned win. Behind him, the positions were clearly distributed as well; Dos Santos came back strong for third over Sei and Carl Cleirbaut (SP Motorsport).

After the successful start to the international Rotax racing season in Europe, the action continues after a short break when the Rotax MAX Challenge Euro Trophy begins this year's championship with the opening round in Genk, Belgium from April 22 to 24. 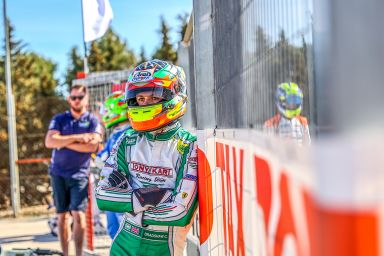 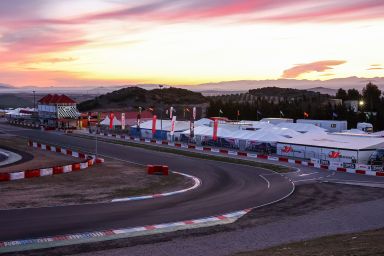 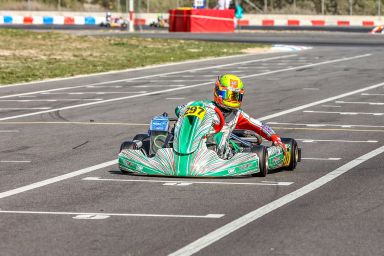 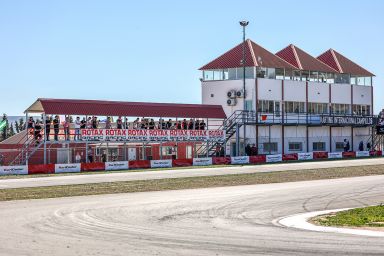 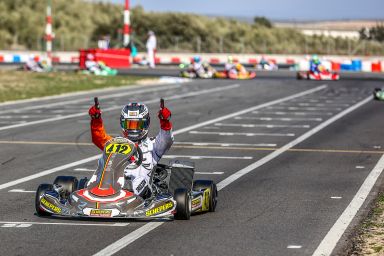 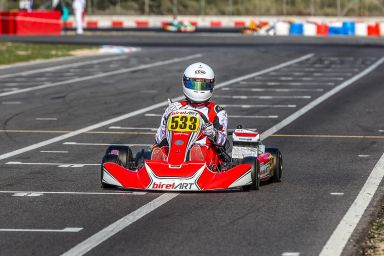 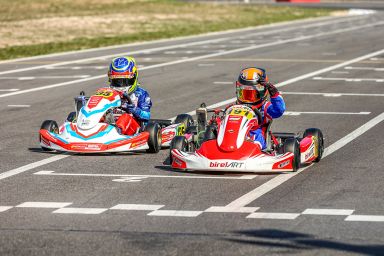 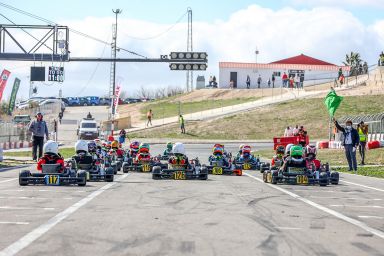 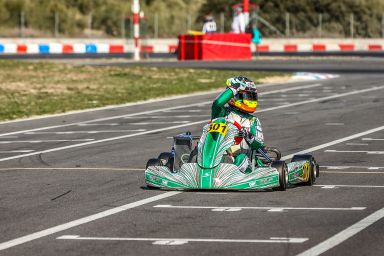 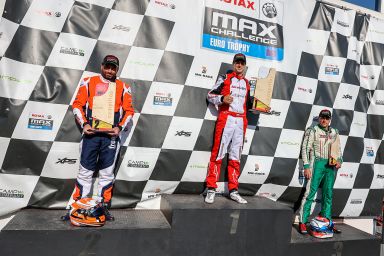 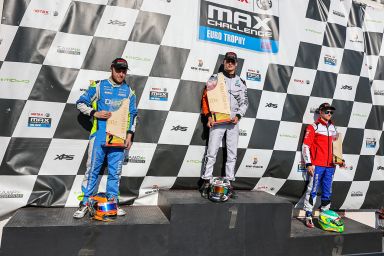 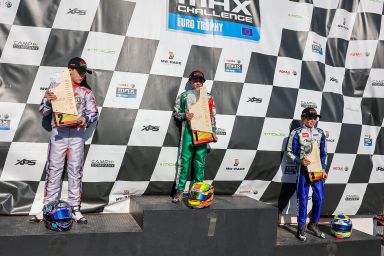 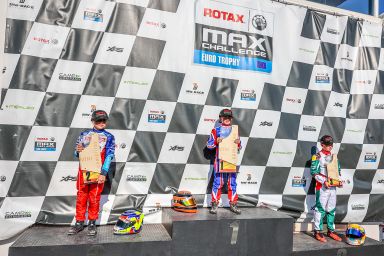 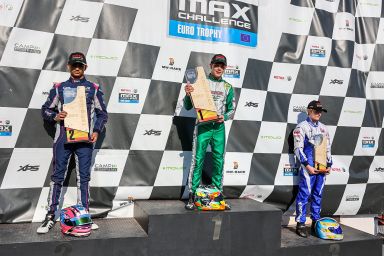 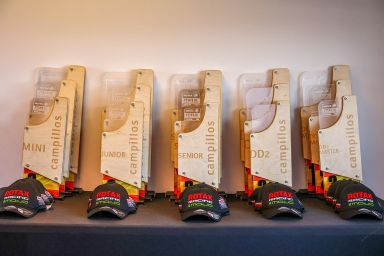 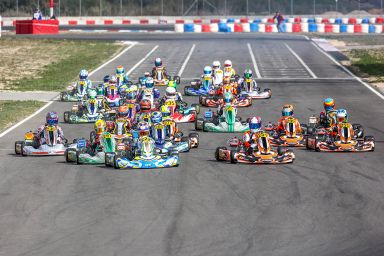 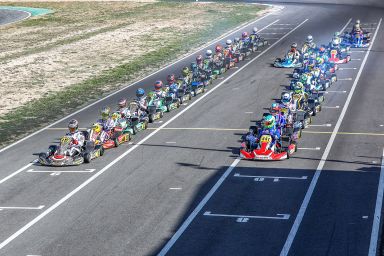 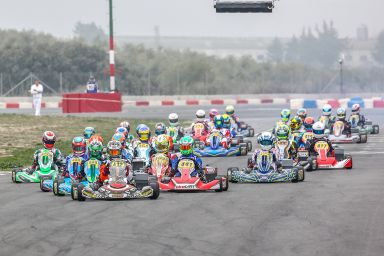 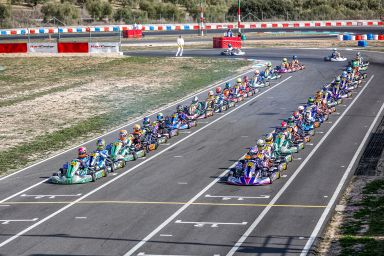 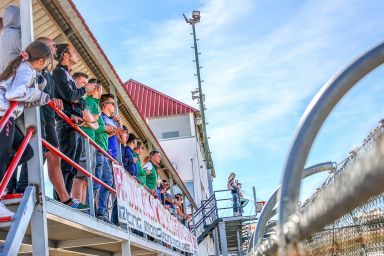